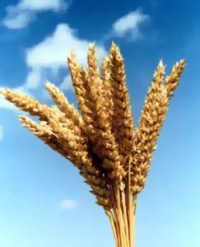 Australian wheat production is expected to increase 3 per cent in 2010-11, driven by widespread autumn rainfall in eastern states and one of the best starts to the winter cropping season in many years, reported “Kazakh-Zerno” IA with reference to the “Farm Online“.
This is the forecast from National Australia Bank’s (NAB) Rural Commodities Wrap, released today at the Australian Grains Industry Conference in Melbourne.
NAB agribusiness general manager Khan Horne said there was a positive start to the season in parts of eastern Australia that would help lift yields.
“Australian wheat production is forecast to reach 22.3 million tonnes in 2010-11, despite a two per cent fall in the total area sown as farmers focus on higher returns from livestock,” Mr Horne said.
“We have seen a spike in wheat prices over the past few weeks in response to adverse seasonal conditions and harvest downgrades in the Northern Hemisphere. In response, some growers have taken advantage of this by hedging and forward selling their crops.
“We expect wheat prices to soften again by the end of the year, finishing 2pc lower in 2010-11 on last year’s levels.
“Weaker production in some major exporting nations is being partially offset by an increase in the acreage planted in others.
“The weaker international price is being driven by high stocks and forecast production that will exceed consumption in 2010-11, adding to these high stock levels.”
Australia’s wheat production faces risk from the outbreak of locusts and mice in southern and eastern Australia, however recent rains in West Australian cropping regions will potentially lift yields.
Australian barley production is expected to fall about 10.5pc in 2010-11, reflecting adverse seasonal conditions in the west and better returns from legumes and livestock.
Grain sorghum production is forecast to increase 15pc, following a very weak 2009-10 planting season.
Across other commodities, the NAB Rural Commodity Index was up 1.5pc in Australian dollar terms in June, with prices up for beef, lamb, wool, cotton, sugar, dairy and barley, but offset by declining wheat prices during the month.

Agricultural News of Kazakhstan
In East Kazakhstan wheat bread in August rose in price by 1.9% – Statistics
The consumer price index across the region, which characterizes
0 2
You may also like