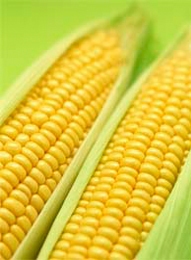 Corn declined for a second session as cooler, wetter weather in the Midwest boosted prospects for the crop in the U.S., the world’s largest grower and exporter, reported “Kazakh-Zerno” NA with reference to the “Bloomberg“.

Rain in the past 48 hours boosted topsoil moisture in dry areas in Missouri, Illinois and Indiana, and more precipitation is expected from northern Illinois through Ohio in the next few days, according to World Weather Inc. The moisture is easing the threat of damage from unusually hot, dry weather that sent corn to a six-month high last week.

“There have been some good rains across southern Iowa and in Missouri and Illinois, and there’s more coming,” said Larry Glenn, an analyst at Frontier Ag in Quinter, Kansas.

Corn futures for December delivery dropped 6.5 cents, or 1.6 percent, to $3.875 a bushel on the Chicago Board of Trade. Yesterday, corn slid 3.3 percent, the biggest drop since May 28. Futures are down 6.5 percent this year.

“Cooler heads prevailed regarding corn,” Marcus said. “Everything looks really good corn-wise. They ran up corn too high last week, and now they’re taking them back down.”

Agricultural News of Kazakhstan
Products in the markets of Kazakhstan for the year increased in price 4.5% – Statistics
“Food prices in July 2013 compared to July 2012
0 1