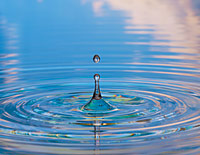 Following three years of the program “Ak bulak” access to piped water supply amounts to 84 %. Thus, 10 cities, 3 small towns and 305 villages in the East Kazakhstan region have drinking water, according to the information center of the region.

According to the head of the Department of Energy and Housing and Communal Services of the EKR Aitkazy Sherubaev, in 2011-2013 for the program implementation has been spent more than 20 billion, reported the IA “Kazakh-Zerno”.

“Ak bulak” worked in all areas of EKR. Fifty-nine projects out of 77 are completed, and the rest will be implemented in 2014. Now access to piped water supply in the cities of East Kazakhstan amounted to 97%, in rural areas – 65.5%, and the access to centralized water supply is available for 53% of urban and 12% rural population”, A. Sherubayev.

Agricultural News of Kazakhstan
Grain prices in Kazakhstan are growing, and forecasts for its harvest in 2012 are melting
0

Agricultural News of Kazakhstan
Kazakhstan: More than 225 thousand tons of grain legumes are kept in the stores of Pavlodar region
0