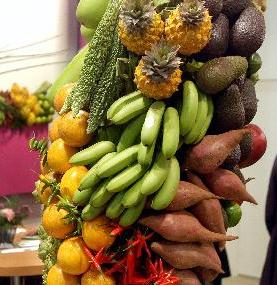 The Ethiopian Horticultural Agency says it has begun exporting bananas produced in Arbaminch and its environs in South Ethiopia Peoples’ State for the first time. The organic banana project co-ordinator with the agency, Geremew Kenna, told ENA here over the weekend that 200 tonnes of the organic bananas were supplied every week under an agreement reached with a Saudi Arabian company.

Geremew said the agency was working in collaboration with the regional marketing and co-operatives union and the Agriculture Department of Gamogofa Zone to upgrade the quality of the bananas. According to documents obtained from the zone’s agriculture department, nearly 2.5 million quintals (250,000 tonnes) of the bananas were estimated to be harvested annually from an area of 7,912 hectares of land in banana-growing woredas (districts) of Gamogofa Zone.

Agricultural News of Kazakhstan
Kazakhstan: Farmers harvested 99.1% of the total area of grain in Kostanai region
0 1
You may also like