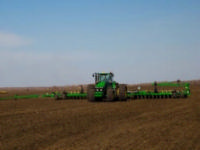 On May, 15 a big spring sowing of cereals was officially announced in the northern regions of the country, and on June, 5 farmers have already planted 99.7% of planned areas. Favorable weather conditions, undoubtedly, have contributed to the field works. But the significant role in this played growing skills, technical equipment and organization of the Kazakhstanian farmers.

“According to the provincial departments of agriculture, as of June 5, spring cereal crops in the country were sown on the area of 15,446,5 thousand hectares, or 99.7% of the schedule”, said the Ministry of Agriculture.

Last year due to torrential rain storms in the North-Kazakhstan, Kostanai, Akmola and Pavlodar regions the spring planting was stretched until June 15, which, however, did not prevent from having a record harvest. This year, according to meteorologists, the great danger to the crop can make the lack of rain.

It is a little bit early to make predictions abbout the new harvest. So to make predictions at this time of the year – it’s like to “read the tea leaves.” But, nevertheless, the Minister of Agriculture Asylzhan Mamytbekov made such forecast. He said that this year the volume of harvest in Kazakhstan will be largely dependent on climatic conditions. We can collect about 16 million tons of grain. “USDA gives us 15-16 million, and they rarely make mistakes”, the minister referred to the omniscient Americans.

In general, seeds are laid into the ground, and we should wait for germination and development. In the meantime, cereals make their way to the light, we go back to the problems of the grain market, which have not gone away and continue to be on the agenda.

Just having started, for 20 days the spring sowing was completed in Kazakhstan. It began in a relatively favorable weather conditions – rain, how to order, watered the ground before and according to the hydro-meteorology, it was enough moisture in the soil for the emergence of high-grade shoots.

However, whatever big the crop is this year; old problems do not give to live peacefully. Let’s leave aside the problem of grain storage. We talked about it many times. Elevators, eventually, will be built sometime with the help of state aid or without it. More important problem seems one connected with the infrastructure restrictions for grain exports in terms of a steady increase of its production capacity.

Kazakhstan is interested in exporting grain as never before. Record crop in 2011 showed that the republic could grow crops in the tens of millions of tons, but the grain has actually nowhere to go except exports, including processed as flour. Even the livestock sector and the population, cannot consume such amount of grain and most of it will still have to be taken out.

Kazakh grain producers learn quickly. Even in bad weather, they learned how to grow a decent crop of wheat and barley, and are unlikely to give up on a mass scale of these currency bringing crops in favor of other, sale of which have not yet been fully debugged.

But corn producers are not going to stop on this. They will do more. They have a healthy desire to earn well and live a normal life. In addition, the competition pushes them to this, now on a global scale.

Therefore, the export of grain becomes the main theme of all grain production, if we will not increase the population and livestock quantity in the country two times in the next few years so that, as you know, it is extremely unlikely.

In the last review of the grain market, we reported that Kazakhstanian grain for the first time has gone by transit through the Iranian port of Shahid Rajai. The idea of using Iranian transit, finally, became a reality. The Iranian side agreed to annually export to the Middle and Far East around 300 tons of Kazakhstanian wheat through this port.

Designed for the transit Kazakhstanian wheat will be shipped at the port of Aktau, and from there delivered to the Iranian ports of Amirabad, Anzali and Nowshahr. Later, by rail and road it will be transported to the port of Shahid Rajai, where it is shipped to the Middle and Far East countries. The only weak point in this direction can be a small capacity of the grain terminal in Aktau, which could not cope with the flow even before the opening of this direction.

Such activation of Kazakhstanian exports to Iran has given a subject for Ukrainian colleagues to speculate on the possible extinction of Kazakhstanian grain from the Black Sea market. Will Kazakhstan leave the list of Black Sea grain suppliers? – they ask, and then reply: “Kazakhstan is betting on grain exports to Iran and is building the infrastructure for export in this direction. As a result, competition in the Black Sea region, presented by Russia, Ukraine and Kazakhstan, can be reduced by one third.

Over the past few years, Kazakhstan has invested heavily in creating the infrastructure that will allow exporting grain to Iran and through Iran – in Persian Gulf countries. Major investments were directed to the construction of the railway, which passes through the territory of Kazakhstan, Turkmenistan and Iran, and allows us to deliver Kazakh grain deep into the country and transport it to the sea ports of Iran. In addition, the state grain company of Kazakhstan “Prodcorporation” got on lease a plot of land in Iran for the construction of grain elevator in addition to that the country already has in Iranian ports.

With the introduction in service a new railway, the possibility of delivery of Kazakhstanian grain to Iran will grow significantly – the volume of exports could reach 5 million tons. In addition, the Iranian market is advantageous taking into account solvency of local customers. This path is optimal, and paired with minimal logistics expenses.

They also remind us that in the case of grain flow redistribution in favour of Iran, Kazakhstan does not have to bear the additional costs of exporters, which are $ 40/ton that were compensated to traders by the state in order to ensure the competitiveness of the grain.

The subsidies, for which colleagues-competitors of Kazakhstan on the Black Sea market are so jealous, will stay. This was stated by Minister of Agriculture of Kazakhstan. He said that government will continue to subsidize the transport costs for exporters by reducing their volume up to 4,000 tenge per ton from the previous 6000 tenge, and it will allow exporting an additional 2.5 million tons of grain – he said.

In the second half of May wheat futures contracts on the ETS Exchange in Almaty rose significantly in all delivery periods, except the contracts for execution in July.

On May, 15 prices of wheat futures of 3 class were as follows:

The values of wheat futures on the ETS exchange according to delivery month as of June 4, 2012 (tenge per ton)

In the market of cash sales of grain and flour for the period from May, 17 to June, 4 the prices of wheat in Kazakhstan decreased by about 200 – 230 tenge per ton in the different regions of the country. Barley also falls, approximately, by the same sum.

Given the strengthening of the dollar against major world and regional currencies, including the tenge, these cereals have lowered their price even more. The fall of the dollar was about 2.2 – $ 3 per ton, or 330 – 420 tenge per ton at the exchange rate of National Bank of RK.

Falling prices can be explained by an increased supply of grain taking into account abundant stocks. Grain producers, by getting rid of seeds stocks during the planting season, are trying to free up storage for the reception of new harvest and realize a surplus.

Flour market is still overstocked, but the price dynamics became controversial. Prices for flour of extra class continued to decline, and first- and second-rate flour during this period on the contrary strengthened. Price bracket of extra class flour dropped by about 150 – 200 tenge, and in dollar terms by about 3 – 3.2 dollars per ton.

First-rate flour on the contrary increased with a large range of growth in different regions of Kazakhstan – from 600 to 1,700 tenge per ton. Second-rate flour also rose from 1600 to 2500 tenge per ton in different regions. Higher prices for lower grades of flour due to higher demand of the flour for export, mainly to the countries of Central Asia, where such flour is a product of mass demand. In contrast to the extra class flour, the demand for which is limited due to low purchasing power of consumers.

Increasing the price of this flour is seasonal in nature. Reserves of grain, from which such type of flour is made, in the Central Asian countries dried up or coming to an end. Hence, the growth of demand for the flour. The situation will change very soon, when the Central Asian markets will receive grain from new harvest. The beginning of the harvesting campaign in Central Asia is not far off. 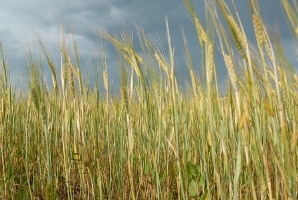