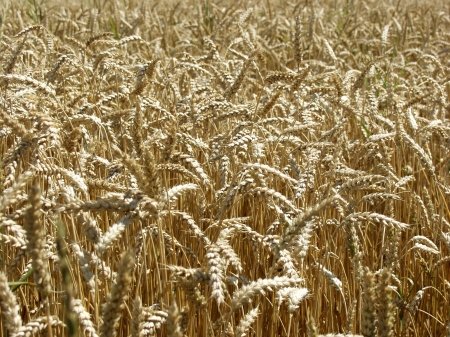 India’s wheat harvest has been a record, pointing to a glut, but rice and coarse cereals, widely consumed by poor, took a heavy knock due to last year’s drought, the farm ministry’s fourth of the quarterly foodgrain projections show. The fourth advance estimates of the last cropping year (2009-10), including the October-March rabi season, pegged wheat at 80.71 million tonnes, tad higher than the previous best of 80.68 million tonnes during 2008-09. This makes it the highest wheat output ever, reported NA “Kazakh-Zerno” with reference to the “Hindustan Times“.

The food estimates showed better pulses output, but oilseed and rice production dragged due to drought. The estimates, provided monsoon is robust, point to normal availability. This could see food inflation taper off.

Bulging wheat stocks and inadequate storage space will put a strain on the government to consider allowing exports, currently banned. However, a top government official said this would be a tough political call.

Agricultural News of Kazakhstan
Kazakhstan: The first frost has put into question the level of future bread – Akmola farmer
“We have already had problems with the quality
0 1

Agricultural News of Kazakhstan
Kazakhstan bins were filled with more than 1 million 160 thousand tons of grain
In the South, West and East regions of Kazakhstan continues
0 2