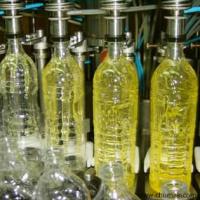 Murat Zharkeyev, Chairman of Board, Batys Kunbagys JSC: «We are immensely grateful to our President for giving us a direction and allocating lending resources due to which we have built such a plant. The state provided loans amounting to 1 billion 250 million tenge through KazAgroFinance for the purchase of equipment. We have already installed all the equipment sponsored from the local budget with the sum of 600 million tenge»

The President also visited the West Kazakhstan engineering company. As part of the industrialisation map, the enterprise has implemented a project on the production of gas compressor units and gas turbine power plants. The main pride of the company is its unique innovation base for repairing military and civil aircraft engines.

Alibi Akhmedzhanov, General Director, West-Kazakhstan Machine-building Company: «To strengthen the defence capability, the engine repairs takes 8-12 months. During this time the plane can’t fly. Therefore, if we arrange repairs here, we will cut the time spent on repairs at least by half. The second point is that it is a serious technological breakthrough as the engine is the heart of the aircraft and this is the most complicated part of it.»

The President also became acquainted with Kazakhstan’s experimental aircraft made from carbon material and assembled within one year. The aircraft has a flight speed of 400 kilometers per hour and is capable of covering a range of 1300 kilometers. The Head of State’s working visit around the West Kazakhstan Region will continue on May 12th as the President is scheduled to visit the UralskAgroRemMash plant, a new Nazarbayev intellectual school and to meet local business leaders in order to discuss industrialization plans.

Agricultural News of Kazakhstan
Kazakhstan: In the Pavlodar region decreased the number of locusts
0

Agricultural News of Kazakhstan
Currently, Kazakhstan grain can be sold with great profits. Of course, if we do not spoil everything by ourselves
0