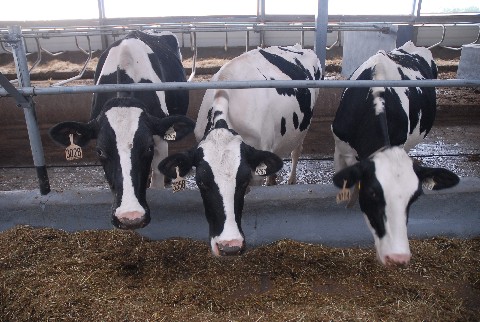 Over the past 3 years Akmola breeders increased the number of livestock to 12.5 thousand by purchasing imported cattle. And, as explained to the special correspondent of IA “Kazakh-Zerno” in the regional department of agriculture, the work in this direction will be continued in 2013.

According to the latest data, at the end of last year, excluding the young cattle the Akmola region had 45 thousand 920 heads of cattle. The livestock breeders plan to bring the number of cattle to 48.5 thousand in 2013.

“They purchase meat and dairy cattle. Livestock farmers are increasingly turning to the program of cattle purchase from abroad. In 2010, our farmers have bought about 2119 foreign heads of cattle, in 2011 procurements increased to 6695. Last year, about 3593 heads was brought in the area”, explained in the department.

Now it is planned to bring the number of cattle to 2.5 million heads. New livestock in the near future will have a positive impact on the gene pool of animals and increase its productivity. But without a permanent selection and breeding works – it is a useless measure, assured in the department.

Agricultural News of Kazakhstan
Kazakhstan: Prices of meat, rice and pasta in Almaty stayed at the same level
0
You may also like