Kazakhstan would like to build a terminal for wheat shipment in Belarus, Ambassador Extraordinary and Plenipotentiary of Kazakhstan to Belarus Ergali Bulegenov told a press conference on 28 March. The event was dedicated to the State of the Nation Address by Kazakhstan President Nursultan Nazarbayev “Social and economic modernization as the main vector of Kazakhstan’s development.”

The diplomat noted that Kazakhstan grows great volumes of wheat and is considering an opportunity to use the Belarusian transit potential. In particular, the country is interested in building a transit and logistics center in Belarus to deliver its grain to other countries.

The Ambassador stressed that the Belarusian market is interested for Kazakhstan in many ways. The two countries are taking an active part in all integration processes on the post-Soviet area. “I would call Belarus a western outpost of the Single Economic Space and Kazakhstan its eastern outpost,” said Ergali Bulegenov.

Belarus and Kazakhstan share many interests. As a positive example of cooperation the diplomat cited Kazakhstan BTA Bank which has been present in Minsk since 2002. Kazakhstan launched the construction of a five-star hotel in Minsk, which is due to be commissioned by the IIHF World Championship in 2014. The country, which has built a new capital, Astana, in a very short time, has a vast experience in construction of facilities. Kazakhstani specialists are ready to share experience with Belarusian colleagues. Kazakhstan business in Belarus is represented by small and medium-sized enterprises, which open new shopping centers and restaurants.

The diplomat also praised the cooperation among the states in the areas of health, medicine, military and technical areas. 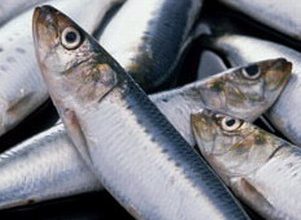