Kazakhstan: From 96.7% of the area was harvested more than 20 million 223 thousand tons of grain – Ministry of Agriculture 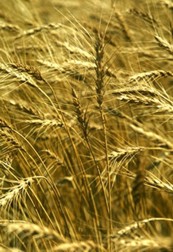 Over the past weekend in Kazakhstan, according to the Ministry of Agriculture, was harvested 54.9 thousand hectares with crops, accounting for 3.3% of the area. For two days bins were filled with 95.6 thousand tons of grain harvest in 2013.

So, in today’s bulletin of the Ministry of Agriculture there is such figure “20223.3 thousand tons of grain”, while on October 19, harvest of grain in the country fixed at 20,121.7 thousand tons.

In particular, “according to the regional department of agriculture, on October 21, this year agricultural producers harvested 15,231.6 thousand hectares, accounting for 96.7% of the harvested area of the regions; it was harvested 20,223.3 thousand tons; the average yield totaled 13.3 q/ha”, stated in the summary.

Procurement of seeds to sow next year is executed in the country by 97.6% of the target.

Agricultural News of Kazakhstan
Being able to take out processed grain, Kazakhstan exports it as a raw material, paying enormous amounts of money
0

Agricultural News of Kazakhstan
Kazakhstan: 16.4 thousand tons of meat and sausage products were sold in Akmola on fairs
0