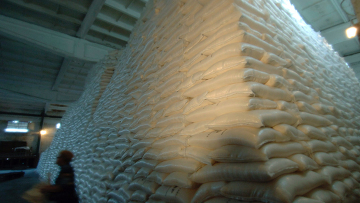 For 5 years, the export of grain in Kostanay region amounted to more than 7.4 million tons, wrote the correspondent of the IA “Kazakh-Zerno”. This was at a meeting in the akimat of Kostanay region by the head of the regional department of agriculture Fedor Filippov.

In addition, he said, 4.4 million tons of grain is sold is sold to other regions of the republic.

“During this period export of wheat flour increased to 3 million tons. In the current year 438 tons of flour was exported. The main factor of reduction in grain exports by 60% and flour by 40% in volume were objective reasons for grain shortage due to drought in 2012”, concluded F. Filippov.