If the coronavirus entered Kazakhstan recently, then it has been sitting in the country’s economy for five years.  From the moment that the National Bank of the Republic of Kazakhstan introduced the “floating tenge rate” in 2015.  It is this “innovation” that consistently kills all of Kazakhstan’s own production.  First of all, agriculture, “KazakhZerno.kz” notes.

We have repeatedly written that loans for businesses abroad are many times cheaper than in Kazakhstan.  Even in such poor countries as Georgia, loans can be loaned at a rate of two to three times lower than in the second-tier banks of the Republic of Kazakhstan.

What’s the matter?  In inflation.  And it is determined by the exchange rate of the national currency.  The model adopted in Kazakhstan implies an annual “lowering” of tenge by 10 – 15%.  And even if the National Bank “skips” for one year, it accumulates interest for the next year and ruins the course by 20-25% at once.

A consistent critic of the “floating rate” tenge policy is Kazakhstani economist Rakhim Oshakbaev.  Back in 2015, he proposed fixing the exchange rate at the optimal level for business and creating conditions for the development of domestic production in the country by issuing cheap loans.  In particular, give impetus to an increase in long-term investments, on which the agro-industrial complex is especially dependent.  This would allow import substitution and strengthen the stability of the economy, reducing its dependence on fluctuations in the center of raw materials.

Unfortunately, the authorities of the Republic of Kazakhstan and the National Bank chose the scenario that suits the large commodity business – a constant depreciation of the national currency, which provides them with extra profits due to cheaper labor and lower tax burden.  The fact that the flip side of the coin is the strangulation of any domestic production in the country and the impoverishment of the population is not taken into account.

The events of this week, when “Black Monday” was followed by the same Tuesday, Wednesday and Thursday, revealed the whole patient a little system.  More recently, farmers and traders saw a rate of 376 tenge per dollar and made plans for the new season based on it.

After oil began to fall, tenge also rushed after it – to the chorus of purchased “experts”, arguing that it was impossible to “burn” the country’s foreign exchange reserves to maintain the exchange rate within a reasonable framework.  And in the end, on Thursday we saw a dollar at 500. Until recently, these forecasts seemed crazy, and now – they are reality.

So, why was it worth burning the currency reserves?  Because these reserves themselves are called by the authorities of the country “airbag”.  And here she is, the danger has come!  Yes, not one, but two at once – coronavirus and the fall of markets.  All adequate financial regulators, the Central Bank in Europe and the US Federal Reserve have announced programs to support their economies, which involve spending hundreds of billions of dollars, including the purchase of shares of the most affected companies.  And only the National Bank of Kazakhstan for some reason decided to “save” the currency … Why?  For what?  If you took care of her on a rainy day, then he writes.  And for the sake of stability in the country, unzip the egg!  You mediocre wasted a huge amount of money for useless projects like EXPO or LRT.  Why do not you want to maintain the stability of the economy?

But no.  The head of the National Bank of the Republic of Kazakhstan hid behind press releases.  His deputy long and ornately issued something incomprehensible about the “new reality”, which supposedly came for a long time, and reported on the self-removal of the National Bank from the financial market.

And then the uniform panic began.  People rushed to the exchangers.  And who will turn the language to condemn them?  Indeed, believing the numerous statements of the same National Bank about the stability of the national currency, many kept money in tenge.  And seeing how it collapses, they tried to save their accumulations.

The situation was aggravated by the fact that none of the top officials of the state was even honored with verbal interventions that would support the national currency.  The president spoke about the coronavirus, but did not mention that the authorities are concerned not only with the physical well-being of the people, but also with financial well-being.  Moreover, he made it clear that our economy is bursting at the seams.

Naturally, market participants took this as a signal that the tenge was in free fall, that no one will not stop. What did the business? Part have frozen their projects for an indefinite period. Part of the “counted” rate “oversized” to insure under any development of events. What do you mean? Suppliers of fruit, which the country fully dependent on imports, now base their plans 550 tenge per dollar. Of course, all this will be reflected in the final price for buyers, ordinary Kazakhs. The same with other positions, for example, medicines. Don’t let God pick up the infection — the treatment simply has no money.

And it is — we are at the very beginning of the crisis. What to expect next? There is no clearance. Power us as if abandoned to their fate, hidden from people’s posts around Almaty and Nur-Sultan.

In the background of this complete idiocy look top-sounding assurances that the authorities will not allow price increases. How? If the imported product is purchased for a dollar, which went up, how can prices stay the same?

Moreover, domestic agricultural production cannot remain at the same level after the collapse of the tenge — because the peasants are entirely dependent on imported means of production, whether machinery or seeds.

It turns out that, refusing to maintain the rate of tenge, the national Bank of Kazakhstan refused to maintain not only local producers but also in the whole nation. We were burnt savings soaring prices, unavailable vitamins and medicines, loss of jobs. In one word, poverty.

And who in the black? The market raw material traders and their partners in the government, officials compradors.

Agricultural News of Kazakhstan
Kazakhstan: Almaty farmers prepare seeds for the next planting
0 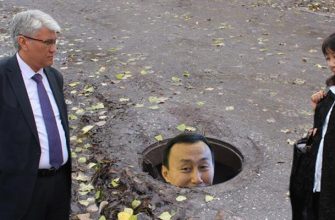