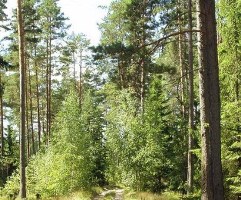 The Siberian regional center of the Russian Emergency Situations Ministry said information available showed there was no damage or casualties in the quake-hit region.

“Everything is all right. Our dispatchers work round the clock and they did not receive any calls on any destruction,” a spokesman for the regional center was quoted by RIA Novosti news agency as saying.

The spokesman also said local residents were warned about the possibility of aftershocks and were advised to leave their homes.

The geophysical service of the Russian Academy of Sciences said the quake, with its epicenter registered at a depth of 10 kilometers some 120 km to the east of Kyzyl, capital city of the Tuva republic, occurred at 19:21 Moscow time (1521 GMT).

The Kremlin press service said Russian Emergency Situations Minister Sergei Shoigu had reported to President Dmitry Medvedev about the quake and the situation in the region; Kazinform cites China Daily.

Agricultural News of Kazakhstan
Kazakhstan: The first frost has put into question the level of future bread – Akmola farmer
0

Agricultural News of Kazakhstan
Carry-over balance of grain in Kazakhstan at the beginning of the year amounted to 13.6 million tons
0
You may also like