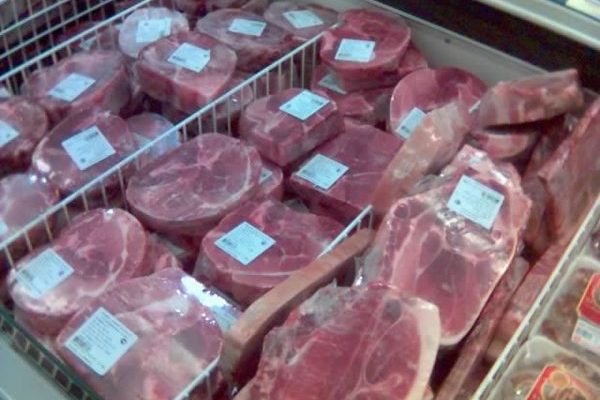 In the first half of 2012, companies increased their turnover from 10% to 20%. One of the key factors of this increase is stable inflation, which has no significant pressure on raw material costs. According to experts, the market of meat products will remain stable until the end of 2012.

Until the end of 2012, the situation on the meat market of Kazakhstan will remain stable, but by mid-2013 there will be a slight increase in prices for meat. According to experts, this may be due to the volume of food shortages due to the drought this summer. So far, the market is experiencing a favorable situation and most of the farms involved in meat production increased their turnover from 10% to 20%. One of the key factors of this increase is stable inflation, which has no significant pressure on raw material costs. Additionally, many manufacturers prefer to develop their own breeding farms.

General Director of Fazil Yet LLP Fatikh Kashly: «We are using natural raw materials. Our company is situated in Pavlodar. We are bringing cows here and they are undergoing veterinary inspection. That is why we are not afraid that the animals will become ill and we will be lacking raw materials.»

According to data published by the National Bank of Kazakhstan, in August 2012, the changes in cost of food varied from less than 1% to 6%. According to experts, seasonality has a great impact on consumer demand. In such a manner, in the spring and summer, Kazakhstan residents eat less meat, meat products and semi-finished products, preferring vegetable salads, dairy products and light desserts and drinks. But with the advent of autumn, manufacturers are ready to take orders for the implementation of large amounts of meat products and delicacies.

Business Manager of Becker&K LLP Zoya Tulegenova: «Kazakhstan residents still give preference to meat and delicacies. And of course the food culture of people has changed. People prefer natural organic products and we can offer them. In this regard, we are expanding our business and are planning to open supermarkets in other regions of Kazakhstan.»

General Director of Fazil Yet LLP Fatikh Kashly:  «In the crisis, people consumed less and that is why our company has been producing less. However, in the last 2-3 months, we’ve seen an increase in consumer demand.»

The statistics showed that in the structure of the retail trade, non-food products predominate, occupying more than 60% of the total amount.

Agricultural News of Kazakhstan
Kazakhstan: From 96.7% of the area was harvested more than 20 million 223 thousand tons of grain – Ministry of Agriculture
Over the past weekend in Kazakhstan, according to the
0 2

Agricultural News of Kazakhstan
Kazakhstan: Sowing of rice is nearing completion
According to the Ministry of Agriculture, on May 29
0 2