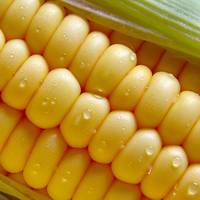 One more indication that this summer — warmer and wetter than normal — is paying dividends in Minnesota: The state’s crops are in terrific shape.

Federal agricultural officials reported Monday that corn, soybeans, wheat, barley and oats are ripening far ahead of their historical averages.

For example, 90 percent of the state’s corn crop is rated good or excellent and its average height is pegged at 73 percent — well ahead of last year and the five-year average.

Agriculture officials reported that temperatures were generally above normal last week and that topsoil moisture registered a surplus of 15 percent above normal. That’s a strong indication that the drought that has gripped much of the state for more than a year is abating.

Conditions were so favorable that they estimated that 5.2 of the past seven days were suitable for farmers to get into their fields, the best average since May.

Agricultural News of Kazakhstan
Kazakhstan: Kostanay producers are going to cut wheat sowing wedge
Next spring Kostanay farmers plan to reduce the area
0 1
You may also like