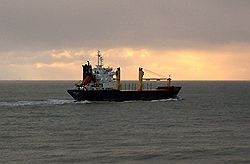 The number of wild animals reported killed in an oil spill from a cargo ship that hit a New Zealand reef more than three months ago is just a tiny fraction of the real figure, a major conservation group said Friday; Kazinform refers to Xinhua.

With the 45 dead oiled birds reported by New Zealand shipping authorities since the Liberian-flagged Rena began to sink on Saturday, the total recorded number of animals killed in the disaster stood at 2,066, according to WWF-New Zealand.

“The true number of wildlife killed by the spill will be far greater than the numbers recovered – the corpses the teams are collecting are the tip of the iceberg, and of course the number of animals affected by the spill is greater still,” said WWF-New Zealand marine program manager Rebecca Bird.

“This latest release of oil occurred during a significant storm, so oiled birds would have drowned more quickly and many will disappear from view,” said Bird in a statement.

“The vessel breaking up, discharging more oil and harming more wildlife, clearly puts more pressure on an already damaged environment. However if this had happened before the majority of the oil was removed, it would have been an even greater catastrophe,” she said.

Agricultural News of Kazakhstan
Kazakhstan: Harvesting in Zhambyl region coming to an end
0

Agricultural News of Kazakhstan
East Kazakhstan: The rains have shifted the schedule of haying and harvest
0 1
You may also like